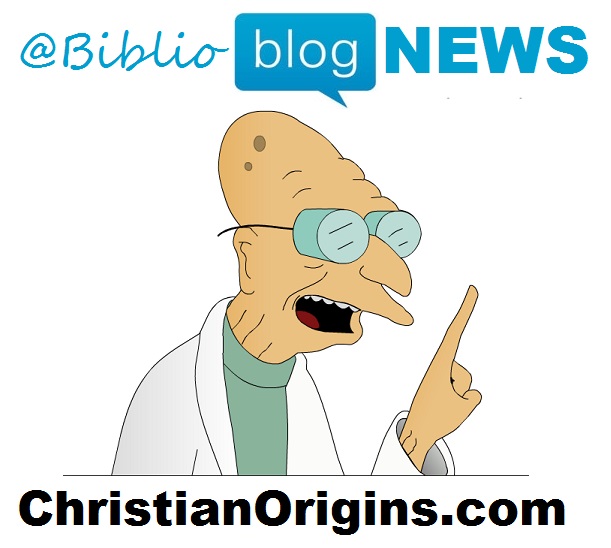 END_OF_DOCUMENT_TOKEN_TO_BE_REPLACED

Tallies have been tallied, and tables have been tabulated. As in the last report, the method here uses Alexa rankings whenever they are available. For some sites (i.e., Patheos and Livejournal), where Alexa doesn’t have separate data on each blog, the position has been reckoned by hand.

See anything you like? Add it to your regular reading!

END_OF_DOCUMENT_TOKEN_TO_BE_REPLACED

The year is coming to an end, so here is a Biblioblog Top 50.

As in the last report, the method here uses Alexa rankings whenever they are available. For some sites (i.e., Patheos and Livejournal), where Alexa doesn’t have separate data on each blog, the position has been reckoned by hand.

Notice anything different? Hint: look at the new top five.

END_OF_DOCUMENT_TOKEN_TO_BE_REPLACED

School is out and summer is in session, so it’s time to find out where the blog rankings stand in mid-2014.

As in the last report (and like the one before it and the one before that), the method here uses Alexa rankings very strictly whenever they are available. For some sites (i.e., Patheos and Livejournal), where Alexa doesn’t have separate data on each blog, the position has been reckoned by hand.

Check out the full list of biblioblogs, in order by rank, below. And why not keep tabs on some of the interesting blogs about the Bible while you are at it?

END_OF_DOCUMENT_TOKEN_TO_BE_REPLACED

In 1999, not a single biblioblog existed. Even Paleojudaica and NT Blog, two of the first, were yet to emerge. A lot of discussion still happened on Usenet, an ancient internet protocol that most reasonable people have abandoned. Yahoo! would soon acquire a popular service for managing e-mail lists, with lists such as Crosstalk being hot stuff at the time. Web-based forums were also gaining ground at this time.

By 2004, the Bible blogs had started gaining serious steam. These steadily peeled off the most active participants from the mailing lists as they established their own blogs and worked on building them up. Companies such as WordPress and Blogger facilitated this revolution. The bandwidth on e-mail lists was still brisk, but it was soon to be on the decline. Facebook was born.

In 2014, nearly all of the e-mail lists have died off or slowed to a crawl. The “Web 2.0” revolution is now the old guard, and people are most comfortable with using the web protocol for everything. Yahoo! Groups has gone the way of Pluto: still there but not what it used to be. If Facebook is now the size of Jupiter, the blogosphere is Saturn with its rings, and Reddit is the red planet Mars. Several large web forums exist, but the Bible is only a sideshow for the big ones. A plucky little operation called the Biblical Criticism & History Forum has split off one of them, hoping to survive on its own.

It’s that time again! April is just around the corner, so let’s see where biblioblog rankings stand.

As in the last report (and like the one before it), the method here uses Alexa rankings very strictly whenever they are available. For some sites (i.e., Patheos and Livejournal), where Alexa doesn’t have separate data on each blog, the position has been reckoned by hand.

As expected, Jim West continues to maintain a solid lead, but there’s plenty of action in the top 50 and beyond. Check out the full list, in order by rank, below.

And why not keep tabs on some of the interesting ones while you are at it?

END_OF_DOCUMENT_TOKEN_TO_BE_REPLACED

So I’ve blended the methods: Alexa is used for rankings, and sites that can’t be ranked that way are interpolated into the list using discretion and a peek at various other stats. Below is the Winter 2013 quarterly report on the top biblioblogs. Think about adding any that interest you to your regular reading. END_OF_DOCUMENT_TOKEN_TO_BE_REPLACED 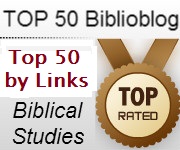 This ranking has used MajesticSEO for data on the number of domain names with links pointing in to the blog, and this allows for all blogs to be ranked with a somewhat meaningful metric. It also goes beyond the top 50. Please let me know if you want a biblioblog added to future rankings.

As you may be able to guess, the age of a blog is even more important when it comes to the number of inbound links from different domains. This is one of the facts that has substantially changed the order of top biblioblogs listed below, when compared with the previous list of the top 50 by traffic.

(The numbers on the right are the number of different domains linking in. More info below.)

With no further ado… why not add some of these to your blog reader?

END_OF_DOCUMENT_TOKEN_TO_BE_REPLACED

Here is the complete list. Why not add some of them to your Feedly reader?