The study of the texts of Josephus, even in connection to the ‘hotly contested’ and famous passages found there, is not all wrangling. There is, it will be admitted, a slight amount of mystery as to whether a reference to Jesus originally formed part of the Latin table of contents (falling out of transmission here and there), or whether it came later and proliferated to most (but not all) of the Latin manuscripts. Aside from that, however, there is very little to tussle over here, with some interesting things to observe in the development of the textual witnesses, particularly in connection to the parts where John is mentioned.

This post would be completely impossible without the diligent and much-appreciated efforts of David B. Levenson and Thomas R. Martin, authors of “The Latin Translations of Josephus on Jesus, John the Baptist, and James: Critical Texts of the Latin Translation of the Antiquities and Rufinus’ Translation of Eusebius’ Ecclesiastical History Based on Manuscripts and Early Printed Editions” (Journal for the Study of Judaism, Volume 45 [2014], Issue 1, pages 1 – 79). Their work here is invaluable, as they have presented a critical edition of these passages (and related matter), in the Latin version, for the first time.

Disclaimer: The English translations are partly based on the Loeb edition, but any errors are my own.

END_OF_DOCUMENT_TOKEN_TO_BE_REPLACED 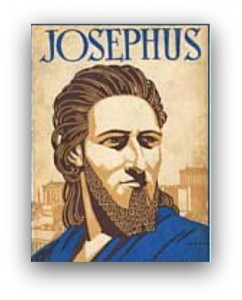 The question of the origin of the “table of contents” and related practices in antiquity (when they began to be used, how they entered the manuscript tradition, and whether they are authorial or not in any particular case) is an involved one. There is an excellent paper by Roger Pearse providing some notes on the subject. On the question of the origin of the summaries found at the beginning of the books in Josephus’ Antiquities, some circumspect notes are offered by Joseph Sievers (“The Ancient Lists of Contents of Josephus’ Antiquities” in Studies in Josephus and the Varieties of Ancient Judaism, pp. 290-291).

1. “The author of the argumenta is ‘ostensibly’ Jewish, as Thackeray remarked. Abraham is called ‘our’ forefather (Ant. 1 #vii; cf. Ant. 1.158); ‘our’ people served the Moabites (Ant. 5 #v); Demetrius presented gifts to ‘our’ people (Ant. 13 #iv).”
2. “Christians took great interest in the Antiquities and were early on, from the third century at the latest, involved in their textual transmission.  The fact that the argumenta show no Christian influence suggests an early date.”
3. “A terminus ante quem for the argumenta of the Antiquities is their Latin translation commissioned by Cassiodorus (c. 490–c. 583 C.E.), for the Latin argumenta, attested in relatively early manuscripts, agree on the whole with the Greek ones.”
4. “Nodet’s suggestion that the argumenta constituted Josephus’ outline before he wrote the Antiquities seems to be a brilliant solution to the striking inconsistencies between argumenta and text of the work. In support of his hypothesis one may adduce that they are at times closer to the content and wording of the War than of the Antiquities, and sometimes mix elements from both works.”
5. “Yet, there are other indicators that suggest that, as in the case of other ancient authors, the argumenta were provided for the benefit of the reader and are not fortuitous remains of the author’s outline. (see Ant. 1 #vii; 13 #i).”
6. “In some instances, the argumenta reflect use of a text of the Antiquities similar to the one known to us (see especially Ant. 14 #xxxvii and 15# 1; 15 #2). It does not appear feasible to assign just these sections to a later redactor.”
7. “Thus, the author of the argumenta seems to have known different (but not all) sources and stages of composition of the Antiquities, had a fair acquaintance with Jerusalem topography (Ant. 14 ##i, xii), and had a less than perfect knowledge of the geography of Greece and/or Roman history (Ant. 14 #xxii). Whether he knew the Histories of Nicolaus of Damascus (a principal source for both the War and the Antiquities) seems an intriguing but hard-to-verify possibility.”
8. “If it is hard to see the argumenta as Josephus’ own composition, Gutschmid’s suggestion of a ‘servus litteratus’ (or Thackeray’s ‘assistant’) does not seem as farfetched as it had appeared to me when I began my research for this paper.”

With these observations in mind, we turn to the subject of the table of contents of Antiquities, book 18.

END_OF_DOCUMENT_TOKEN_TO_BE_REPLACED

The translation in the Loeb edition of Josephus’ Antiquities 18.112 reads:

On his return after transacting his business in Rome, his wife, who had got wind of his compact with Herodias, before any information reached him that she had discovered everything, asked him to send her away to Machaerus, which was on the boundary between the territory of Aretas and that of Herod. She gave no hint, however, of her real purpose. Herod let her go, since he had no notion that the poor woman saw what was afoot. Some time earlier she herself had dispatched messengers to Machaerus, which was at that time subject to her father, so that when she arrived all preparations for her journey had been made by the governor. She was thus able to start for Arabia as soon as she arrived, being passed from one governor to the next as they provided transport. So she speedily reached her father and told him what Herod planned to do.

The reading of the mss. is “and to him who was subject to her father.”

The following notes are in the text here in the Loeb edition.

The Neise edition simply reads, in agreement with the manuscripts:

He appeals to the statement found in all the printed editions of Josephus, Ant. xviii 112, that Machaerus was subject to Aretas at the time of his daughter’s flight from Antipas (εἰς τὸν Μαχαιροῦντα τότε [τὸν τῷ Bekker] πατρὶ αὐτῆς ὑποτελῆ); but the manuscript tradition (εἰς τὸν Μαχαιροῦντα τῷ τε πατρὶ αὐτῆς ὑποτελεῖ) does not make this statement.

The reading of the printed texts and translations may be called a conjectural corruption of Josephus. Although it is to be found in the editio princeps of the Greek text of Josephus printed in 1544, it disagrees with the three extant manuscripts that attest to Antiquities 18 (AMW).

[Update May 2, 2015: The Latin version (and quotation of it) reads “apud Macherunta omnia pararentur quae itineris usus exposceret” and thus omits the phrase. A perceived inconcinnity in the original wording, “and to him who was subject to her father,” may explain this. On the other hand, if the original wording were the phrase “which was at that time subject to her father,” an omission by the Latin translators of the sixth century may be more difficult to explain. But if the original wording were the wording present in the Greek manuscripts, which could be considered a ‘difficult’ phrasing due to the oblique way of mentioning this person, both the omission in the Latin and the alteration in the Greek is explained.]

END_OF_DOCUMENT_TOKEN_TO_BE_REPLACED 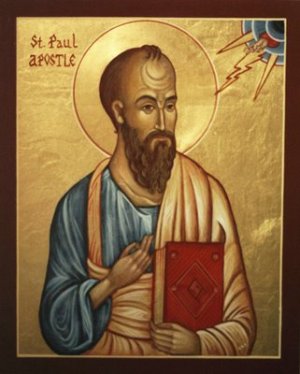 (1) Shorter readings attested as such by the patristic writers.

(2) Unattested readings that have manuscript support or patristic support for their absence.

(3) Unattested readings that were likely to be quoted by Tertullian if they were in the Apostolikon.

(4) Unattested readings that correspond to a scholarly conjecture for interpolation on grounds other than the alleged absence in Marcion’s Apostolikon.

However, this is not a list of interpolations in the letters of Paul, as such a list may be shorter or longer and would have somewhat different contents. It is a list of likely or suspected shorter readings in Marcion’s Apostolikon, compared to most extant manuscripts of Paul. The existence of such shorter readings in the Apostolikon is something mentioned (in a general way and with specific instances) by several of those who comment on Marcion’s text.

END_OF_DOCUMENT_TOKEN_TO_BE_REPLACED

Tallies have been tallied, and tables have been tabulated. As in the last report, the method here uses Alexa rankings whenever they are available. For some sites (i.e., Patheos and Livejournal), where Alexa doesn’t have separate data on each blog, the position has been reckoned by hand.

See anything you like? Add it to your regular reading!