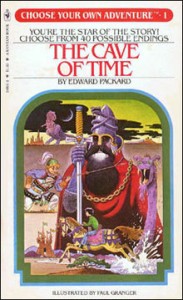 In the coming weeks, probably stretching into months, I plan to read as much as I can find of the published literature on gamification and blog about the experience. I will also share some of the practical lessons I’ve learned from gamifying my own Religion 101 course.

In case you haven’t encountered gamification yet, the EDUCAUSE Learning Initiative’s 7 Things You Should Know About newsletter for August 2011 used the widely-accepted definition, “Gamification is the application of game elements in non-gaming situations, often to motivate or influence behavior.” Nick Pelling claims to have coined the word “gamification” in 2002, defining it as “applying game-like accelerated user interface design to make electronic transactions both enjoyable and fast” and primarily seeking to make electronic devices fun to use.

These interests are close to my heart also.

When you’re having fun, you are able to sustain your full attention on the task at hand without effort, with the potential of absorbing and integrating information faster than when you’re not having fun.

Sure, when you’re involved in an activity, such as translating from a source in another language, you’re engaging in the task of learning at a much more intense level than merely seeing someone else do it or hearing about how it’s done. But when you’re presented with the task in the form of a game, such as the game at Duolingo for learning languages, if that makes it more fun, it’s even better.

There’s more to the potential of gamification for education than just language learning.

For example, with the number of various views out there on the subject of the New Testament and Christian origins, from researchers who diverge along many questions, in a way that could be constructed as a node and branch “tree” graph, I’ve toyed with the idea that the whole thing could be made into a “Choose Your Own Adventure” book, with each page presenting in brief a controversy in research, sending the reader down several paths, with the story’s ending being the summary and citations for a particular view of the whole thing.

Or, for another example, getting more into the subject of sociology and comparative religions generally, one could make a digital strategy game where you attempt to found and guide your own religion. The concepts would have to be  highly abstract and thus inaccurate, but it could still be good for introducing a wide audience to some very basic ideas and fostering interest, as the Civilization computer game has done for world history generally.

I look forward to reading more from Dr. Chris Heard on the subject and on his own use of gamification for teaching his students at Pepperdine.