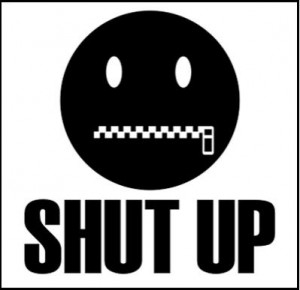 I started out with a post that was long, verbose, and carefully calculated to impress the reader with its soft, moderate approach. I gave it the title “The Delights of Doubt,” explaining that doubt is a virtue in the face of evidence that doesn’t demand a verdict and pointing out the contortions people put themselves through when they try to claim knowledge when they have none.

Predictably, my browser ate the post, so let’s get right to the point. Tim Widowfield nails it on the head:

The public is the audience. We are receivers. It was never intended to be a two-way street. Our proper role is to buy their books, take their classes, write fan letters, applaud politely, and by all means shut up.

Jim West wears his heart on his sleeve (responding to a post that I found very admirable in its own approach, by Mark Goodacre) when talking about “claims that Jesus and Mary Magdalene were married.”

I’m glad Mark is keeping an open mind.  Personally, however, I think all such claims are a priori absolutely idiotic.  Produce ONE SHRED of ancient (1st century CE) evidence that Jesus took Mary to wife.  Just one shred; then, I’ll have an open mind to the possibility.  But until you do, there’s nothing for me to be open minded about.  Simcha’s claims are proof of nothing.  Period.  Show me the evidence or don’t make the claim.  First century, authenticated, provenanced archaeological or textual material, or shut up.

Anthony Le Donne, in his own jejune way, bows to the fallacy above:

That said, the default position for most people is that Jesus was celibate.  As much as we might prefer a neutral ground upon which the best arguments can be measured, this is not possible.  There is no neutral ground for the historian. I realize that the burden of proof rests on those who would challenge the traditional doctrines about Jesus and celibacy.

I had no idea that anyone actually believed that “the historian” has no alternative but to start from the position of “the traditional doctrines about Jesus” and to take that to be the default position, against which any points of doubt or disagreement must carry “the burden of proof” for taking up such a “challenge.” I am astonished that someone would not consider there to be room at all, while doing history, for the “neutral ground” of skepticism, “upon which the best arguments can be measured.” Yes, read that again: that is “not possible.”

The deck is stacked, and you will need the full battering ram Jim West describes if you want to dislodge the default presumption in favor of the opinion of “most people,” who, apparently, believe “the traditional doctrines about Jesus and celibacy” (not that this is even true in a world with 7 billion people).

Not everyone plays the game this way, but far too many do.

One Response to “Scholars Say, “Shut Up””